The end of year blog post has become a tradition – way to consolidate the year that was and store it away as we move into the next one. I’m incredibly grateful to be in a position to have about 10 days off each year as it’s allowed me to create this ceremony to reflect and move forward into the new year fresh.

This year was a hard one. There was a lot of great things that happened, but there was considerable and seismic change too.

I came into the 2019 off the back of 3 months of long service leave. I spent a lot of that time trying to work out what direction I was heading in career wise. There was a looming restructure at CSU but I had already come to the decision that I needed a change. I didn’t think it would come quite as quickly as it did. The secondment I was on was ended abruptly on my first day back, five months early and without sufficient notice, so there was the joy of trying to sort out that HR nightmare during the traditional lull in early January. So I started the year with a bang and a pay cut. Joy!

Before the month was out I was on a trade mission to India with 30 other startups and that was a truly mind blowing experience. Myself, Ben and Rob had been dabbling in the world of startups and managed to strike a chord with our pitch for a vision-based machine learning system to get the live weight of chickens – Chickon. The trip and everything before it was just a dabble – to see if there was something there for us and a potential new career path.

At the same time I was acutely aware of the realities – mainly a mortgage and bills to pay. Married dads aren’t your typical startup founders and my lack of capital and access to it, thanks to a working class background, became more and more apparent. So too did too did the lack of seed funding and investment in Australia. For a country that is willing to throw money away gambling on pretty much anything, it seems that new ventures aren’t something that locals are willing to have a punt on despite the drastically better odds you’d get. If you’re a startup in Australia be prepared to bootstrap your entire development, have a customer base and have growth because it’s not until then that you’ll be able to unlock some funding. I couldn’t do that. I didn’t have the time, savings or ability to do go hunting for that unicorn investor. Life just keeps coming at you, and at speed.

I finally realised that the only option I really had was another job, and that other job would have to be somewhere outside of Wagga. I’ve loved growing up and living in a regional city – but it has very clear and very stark limitations. Employment is one of those. After some deep discussions with my family we made the decision that relocation was a reasonable expectation and that we were at a stage in our lives where we were ready for it. I spent a couple of weekends applying for jobs (because that’s what it takes now to fill in the vast array of forms and application questionnaires and information required to get a foot in the door) and waited eagerly to hear back. And I was lucky to come up trumps with a job in Adelaide.

I got to spend some time in Adelaide over the last 2 years as part of the eChallenge program and the Hybrid World conference doing the startup thing – which was odd because I’d spent most of my life having never visited the state of South Australia. It’s one of the few places I’ve been to in the world and gone – “Here, I could live here”. During the job search I’d resigned myself to either Sydney or Melbourne, simply because most of the jobs available were there. I could have lived in either, but to be honest I don’t think I would have enjoyed it that much. Adelaide on the other hand was love at first sight. Our first visit was about 5 years ago and we came via a weekend in the Barossa, one of the three world class wine regions within 40 minutes drive of the city centre.

From. The. City. Centre. That’s the key to understanding the appeal of Adelaide.

Jump on a tram and 20 minutes later your feet are on the sand or in the water at the beach. From. The. City. Centre. It’s kind of a magical place where every 20 minutes or so and you’re somewhere new doing something completely different. A new environment to explore. A new feel and vibe. It’s a place where you can eat and drink virtually anywhere and it all tends to be pretty damn good. Sure they have a weird obsession with Christmas and I am yet to live through “Mad March” but I love the place already.

In July I drove the 920km each way with Alise during the school holidays to scope out the place and look at where we might set up our new home. It was exciting and the trip was completely unplanned – which I absolutely love. I didn’t even book a hotel until we pulled over 20 minutes from town and got a great last minute deal on a 5 Star hotel. Luckily my wife was way more organised and arranged property inspections across town and Alise and I checked them off one by one. We spent time, when we could, walking around the neighbourhoods, looking for the nearest parks and cafes, some we loved others we hated. Walking around the city with my daughter and it all started to gel together – this could be the start of something big.

The job in Wagga had been slowly self-destructing 1. So when I was offered the job as Manager Online Learning Design and Content at the University of Adelaide I jumped at the chance.

In August I packed the VW Golf and drove the 920kms to start life in Adelaide. I set myself up in an AirBnB for a couple of weeks as I started work and scouring the city for rentals. Meanwhile back in Wagga Clare prepared the house for sale. There’s a lot of us tied up in that house – we bought it as a young couple, put a lot of blood sweat and tears into getting it comfortable, bought our baby home there from the hospital and it’s where she went on to take her first steps. It was also where The Fire happened and we lost most of the stuff we’d accumulated as adults and then spent the next couple of years fighting with the insurers to rebuild and move back. We got two years out of it, but it was time for the next adventure. So it went on the market and became our collateral in our gamble on the move to Adelaide.

After a couple of weeks I found a place that I thought we could all fall in love with. It was more expensive than planned but with the proximity to the city I think we can offset the expense with a reduction in spending on cars and transport. The school is amazing and literally around the corner and house is quiet and tranquil despite so much going on around us. When I moved in it was very much a bachelor pad – a bed, a chair, a PlayStation, guitar and a computer monitor – but I felt at home. I was walking to work everyday and I felt good, enjoying the quiet time alone but missing my girls immensely. On the next trip home I hired a van and did another 2000km round trip. We had a working bee at the house where I finished a couple of outstanding chores and a huge number of our friends and family helped to landscape the yard. The place looked amazing! 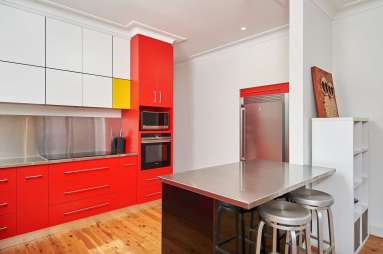 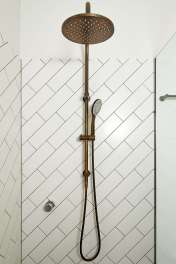 A week later the house was all ready for sale and after the first open house on Saturday we had an offer. We didn’t mess around and accepted it – all done by Tuesday afternoon. House sold.

The girls finally came across after the school term had finished. I’d been away for a good couple of weeks and we all had missed each other terribly – so it was a bit magical when we met up in Mildura and drove home together. Clare got a job almost instantaneously and Alise started school soon after and despite the magnitude of the change it has all gone amazingly smoothly. We’ve had luck on our side a few times and there has been a few pangs for home. We miss having family and friends around immensely, that’s been the hardest thing about the move, but we’ve had a few occasions already – my cousin Nick and my sister-in-law had weddings and both have been great times to catchup with those back in Wagga.

The new job is great. The work is often difficult but the team I’ve joined are amazing. The culture here is incredibly supportive and appreciative – it’s been great to get thanks and recognition for the work being done. Our team has a great ability to come together and get through some pretty trying times and I love that. It was great that as the year came to a close we decided to go Goth as a team for the divisional end of year celebrations on Friday the 13th.

So the year is ending on a high. I feel happy and grateful and blessed to be here. The in-laws were here for our first Christmas in Adelaide and its now on to 2020!

Passionate about good design, motivated by the power of media and enchanted by the opportunities of technology.

Congrats, Tim! The move sounds like a massive success, especially given your previous situation. More than slightly jealous of your awesome home 🙂

I really appreciated you adding the footnote, and this bit really jumped out at me:

“When you’re in it, it’s hard to see far beyond it, that there is an alternative or better way to do things, but having been out for a while now I can see it was an abusive relationship.”

Sadly, there are *so* many people stuck in this situation, unable to see what to do next. I’ve definitely been one of them. So high-fives and fistbumps for being able to see the situation for what it was, and engineer a situation where you’ve made yourself and your family happier and healthier!

Congratulations mate! The next decade has to be brilliant – because now you can do great things having jumped out of the toxic pond. Your talent and creativity will fly! Onya!